The discovery was made on the west bank of the Nile River in Luxor, near the Valley of the Kings.

The Antiquities Ministry said the tomb was constructed for Userhat, a judge who lived during the New Kingdom period, from approximately 1500 to 1000 BC.

The tomb contained an open courtyard which lead into two halls, one which held four coffins, and the other housing six.

“There are 10 coffins and eight mummies. The excavation is ongoing,” Mostafa Waziri, the head of the archaeological mission, told AFP.

Waziri said the tomb has been opened to hold more mummies during the 21st Dynasty approximately 3000 years ago, to protect them during a time of tomb-robbing. 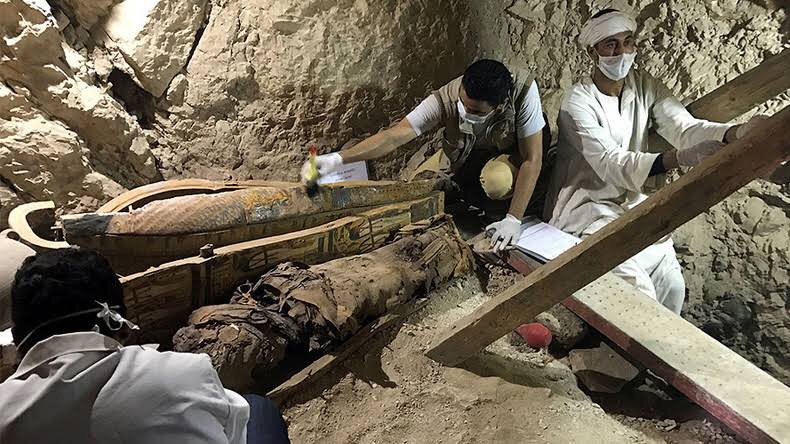 Inside one of the rooms, archaeologists found a vast collection of figurines and masks.

“It was a surprise how much was being displayed inside the tomb,” Egypt’s antiquities minister Khaled el-Enany told reporters.

“We found a large number of Ushabti(figurines), more than 1000 of them,” he said.

The coffins were well-preserved, and were found to be painted in red, blue, black, green, and yellow.

Another room inside the ancient tomb was discovered, and is yet to be excavated.

“There is evidence and traces that new mummies could be discovered in the future,” Nevine el-Aref, spokeswoman for the antiquities ministry said.