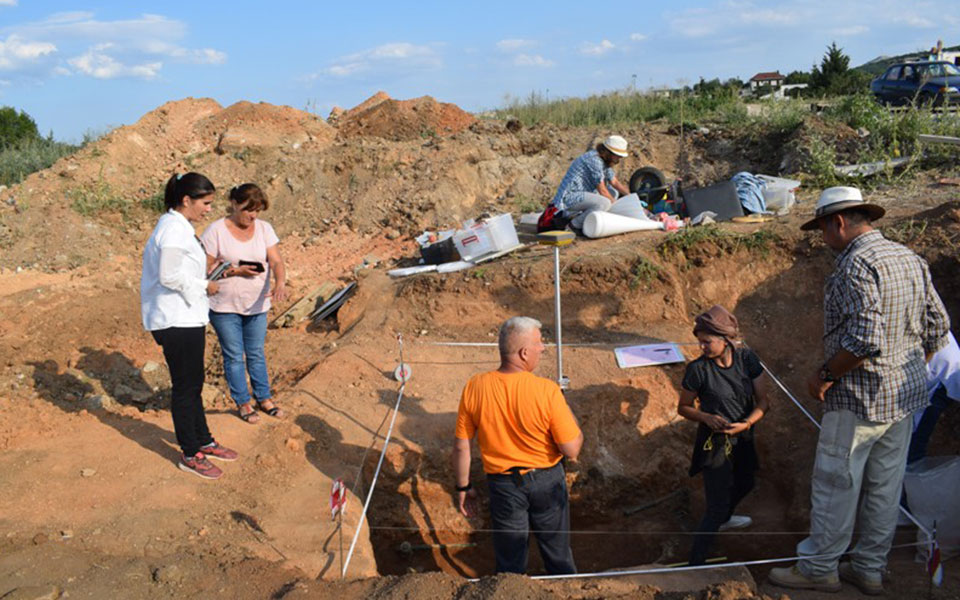 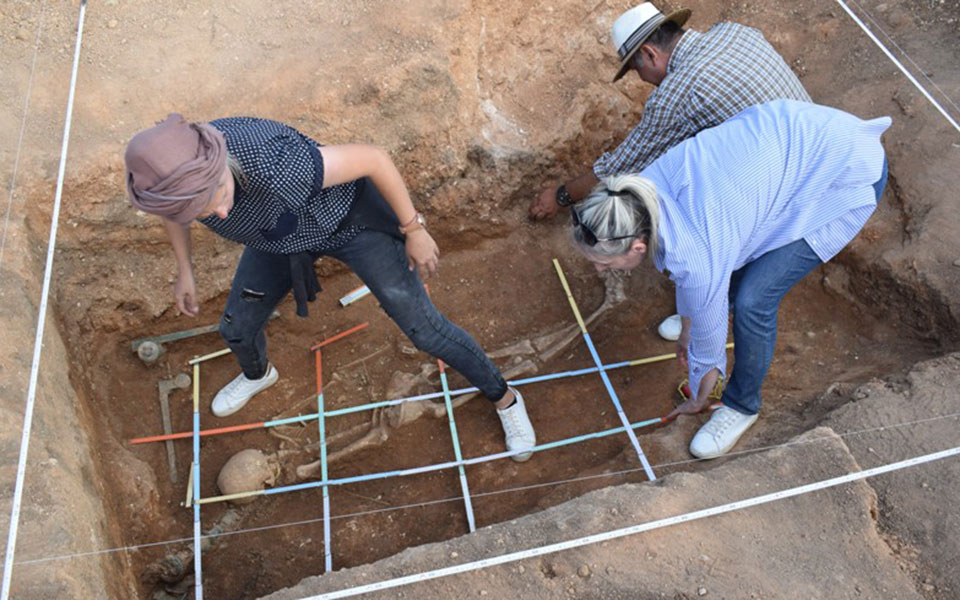 Incredibly well-preserved remains of a 1,500-year-old Christian mosaic are uncovered in the ruins of an ancient monastery in Israel.

The tessellated tile work was uncovered in the coastal city of Ashdod.

It features a four line inscription in Greek commemorating a Christian Bishop.

It also includes the date of its construction according to the Georgian calendar.

This is the first evidence of its use in Israel and corresponds with 539 AD.

The Greek government is requesting that the decades-long issue of the return of the Parthenon Marbles to Greece be part of the Brexit negotiations citing EU treaty law, according to the Telegraph.

European Parliament member Stelios Kouloglou has called on the Commission to include the thorny issue in Brexit talks. “Brexit negotiators must take into account the need to protect European cultural heritage… The Parthenon Marbles are considered as the greatest symbol of European culture. Therefore, reuniting the marbles would be both a sign of respect and civilised relationship between Great Britain and the EU, and much more [than] a legal necessity.”

In response, an European Commission spokesperson said he believed that the Brexit team is not legally obliged to address the issue, citing Articles 3, 50 and 167. “The Parthenon Marbles were removed long before this date, and the EU has no competence in the matter,” Tibor Navracsics, European Commissioner for Education, Culture, Youth and Sport said, referring to a directive on the return of unlawfully removed cultural objects which applies to items removed after January 1, 1993.

For over three decades, Greece has repeatedly called on the British Museum to return the 2,500-year-old marble sculptures that once adorned the Parthenon and have been the subject of dispute since they were illegally removed and sold by Lord Elgin to the British Museum in 1817.

A little over two years ago, the mayor of the island of Milos, Gerasimos Damoulakis, visited the Louvre Museum in Paris to see the Venus de Milo – the Aphrodite of Milos – up close. But upon entering, rather than asking for a ticket, he said: “I am the mayor of Milos. I do not accept that I should have to pay for a ticket as I came to see one and only one exhibit, the Aphrodite of Milos, which belongs to my island.”

After they’d received this sudden request, the museum’s operators held an impromptu meeting and decided to agree and invite the mayor and his entourage to enter for free. The doors of the museum opened and the Greek mission headed to the big hall which houses the famous statue. They sat for a while to look at it in awe and then left with the promise that one day they would not have to undertake such a long journey to admire it.

Two-and-a-half years later, the Milos mayor’s efforts to have the marble sculpture returned to the island have intensified. “The issue has tortured me for 15 years [a photograph of the statue can be seen on the municipality’s website], but now the time is ripe. We have now a documented legal position that states when the statue was taken from the island there was no business transaction, but there was an act of war.

“The statue was taken by a French naval officer and loaded onto a French warship. At that time, we were in a period of war,” says Damoulakis. He has already set up a bidding committee, which has taken care of the request to collect a million signatures so that the matter can be taken up in the European Parliament. “Some on Milos thought I was joking, but I always meant what I said. Work has already begun on the restoration of an old girls’ school in Plaka, the capital of the island, where the Aphrodite’s permanent home will be.”

The sculpture, which symbolizes female beauty and femininity, is carved out of Parian marble. It is 2.02 meters tall and weighs 900 kilos. It dates back to around 100 BC. It was unearthed by a farmer named Giorgos Kentrotas in 1820. The Aphrodite was in two pieces and her hands were missing. According to one interpretation, a French officer, Olivier Voutier, who was wintering in the port with the warship Estafette, realized the value of the statue.

He informed the French consul in Milos, who returned to buy it. News of this, however, got out and other potential buyers rushed to the island. The French appeared to bargain better with the Ottomans, and they ended up leaving with the valuable “commodity.”

On March 1, 1821, the French ambassador Charles Francois de Riffardeau, Marquis de Reviere, gave the statue to King Louis XVIII as a gift to be displayed in the Louvre, where it remains to this day.