She recently moved on with new millionaire beau Adam Rigby after splitting from her husband of nine years. But Ada Nicodemou was spotted enjoying quality time with her four-year-old son Johnas on Saturday, as they celebrated the Christmas season with Cadbury Favourites. Cutting a stylish figure in a red dress, the 39-year-old was seen doting on her little boy as they spent the afternoon together. 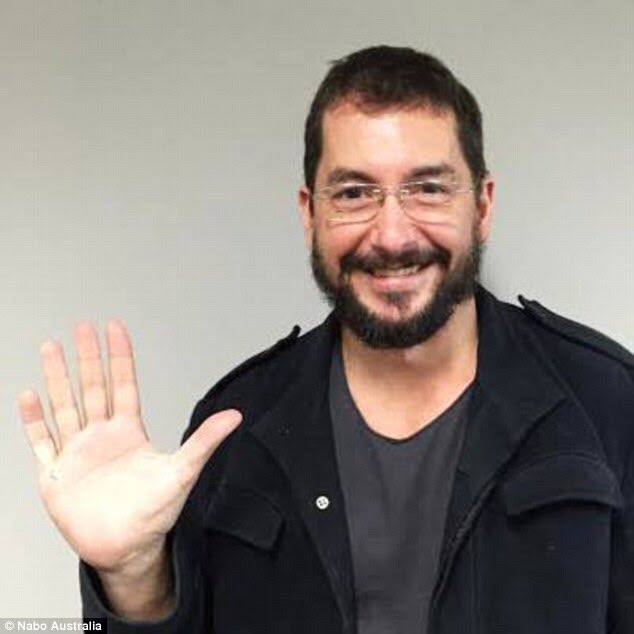 New man: Ada is said to be happy with millionaire businessman Adam Rigby following her split from Chrys earlier this year

Ada Nicodemou was seen doting on her son Johnas as they spent their Saturday together The Home And Away star was seen crouching down to comfort her son, who appeared to be upset during the outing. Ever the adoring mother, Ada picked Johnas up in her arms and patted his back to comfort the toddler. 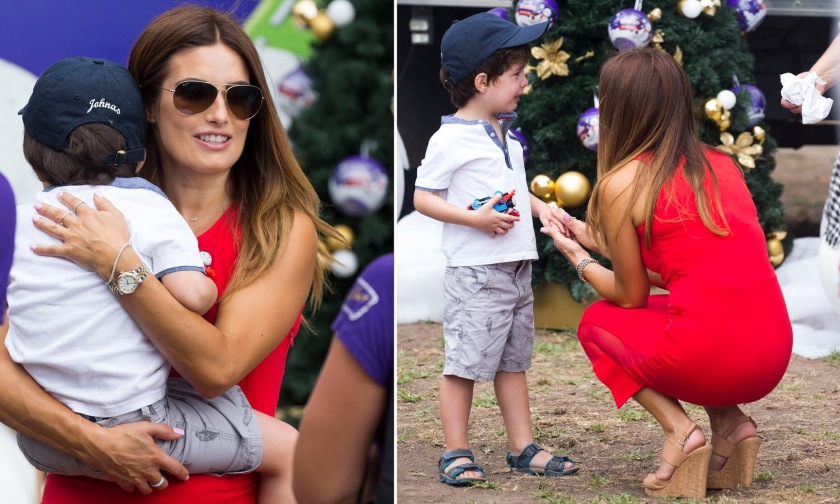 Red hot! The 39-year-old flaunted her slender figure in a red dress and beige wedges

The soap star flaunted her slender figure in a tight-fitting red dress, while adding height to her look with a pair of beige wedges.

Attentive: The actress was seen attending to her son, as they stepped out for Cadbury Favourites’ festive celebrations in Cronulla With her ombre locks worn out and straight, the mother-of-one accessorised with a pair of chic sunglasses and a Louis Vuitton tote. Ada appeared to be enjoying her Summer outing, indulging in an ice-cream at one point while also posing for photos.

Fun in the sun! The Home And Away star was seen eating an ice cream while posing for photos

It appears the Greek Cypriot-born beauty is putting on a brave face despite her estranged husband Chrys Xipolitas seemingly airing the former couple’s dirty laundry on social media.
Last week, he shared an Instagram post which read: ‘If only our tongues were made of glass. How much more careful we would be when we speak.’

Then on Monday evening, he shared an image of shattered glass followed by a meme about heartbreak.

‘That moment when you can actually feel the pain in your chest from seeing or hearing something that breaks your heart.’ 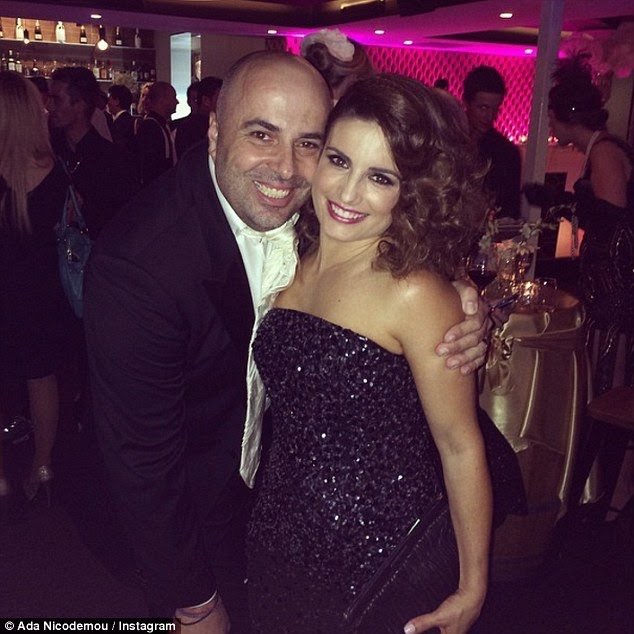 ‘You’re dead to me’: Ada’s outing with her son comes after her estranged husband Chrys Xipolitas (L) shared a number of cryptic social media posts this week

‘Ada is in such a good place, you can see it written all over her face,’ a source told the magazine. ‘It’s still early days but you can tell Adam is making her happy.’

Ada, who plays Leah Patterson-Baker on the Channel Seven series, and Chrys reportedly separated in November of last year.

It was said that the immense grief they faced since their second son, Harrison, was stillborn in 2014, was largely to blame.

Woman’s Day reported that Chrys moved out of the family home before Christmas, last year.