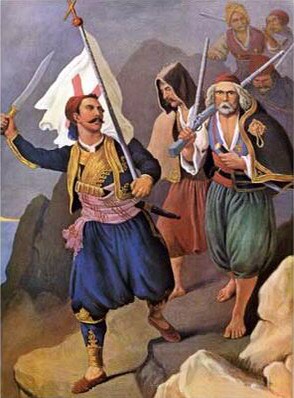 The Battle of Kalamata took place on 23 March 1821 between the Greek irregular revolutionary forces and the Ottoman forces of the city. It was one of the first events of the Greek War of Independence. The result was the capture of the city by the Greeks. Kalamata became the first city to be liberated.

The Battle of Kalamata March 23, 1821, the first major battle in the Hellenic War of Independence.-

Congratulations to family and friends today in Kalamata on the celebration of the capture of Kalamata from the Ottomans and the first major battle in the Hellenic Revolution of 1821.

In the Church of the Holy Apostles liturgy in Kalamata on this day on March 23, 1821 the Hellenic forces celebrating the victory and it was where the Hellenic Revolution was declared. 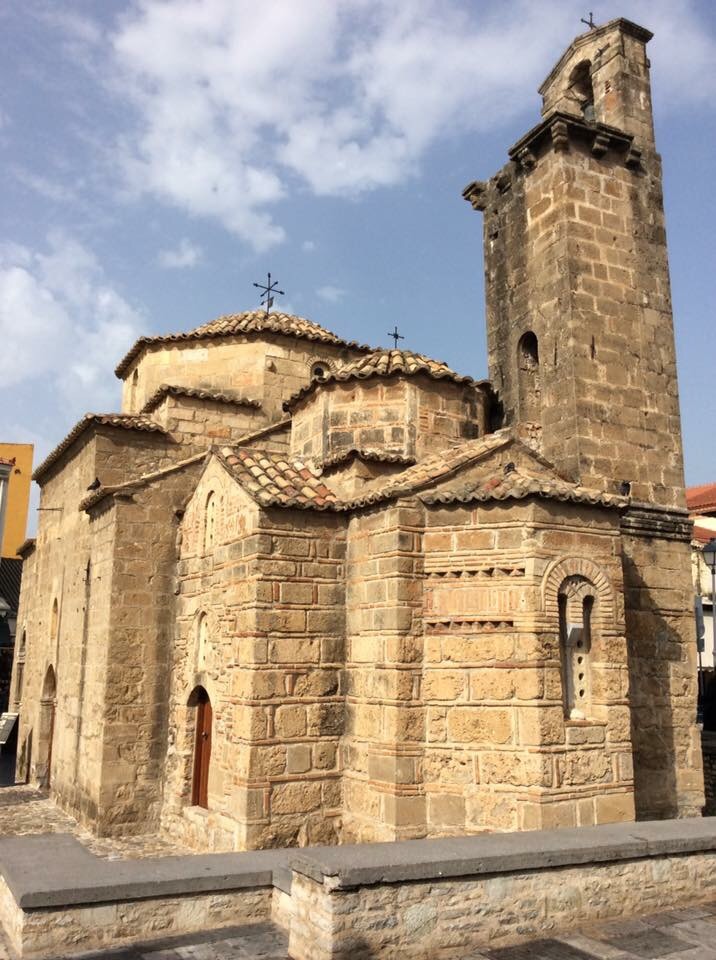 Church of the Holy Apostles in Kalamata.

Prior to the battle on March 17, 1821 the Maniates in Tsimova (now Areopoli) had declared war on the Ottomans and with a force of about 2000 under Petros Mavromichalis advanced against Kalamata.

They united with Kolokotronis, Nikitaras and Papaflessas among others to march from Mani.

The Katsos (then Katzos) Clan members then klepfts were among the combatants in the battle and descended from Nihori/Neohori with then Kapetan (later General) Panayiotis Kefalas of Dyrahhi from the Northern Taygetos Mountains with other “Sampasiotes” as they were known then (now Falaisia in Arcadia).

They had assembled and mustered in the hill of Ayia Anna before the assault on Kalamata and its Kastro/Castle.

What had taken place in Kalamata was a result of Papaflessas’ angry words and prophecy after the Hellenic civil leaders and members of the senior clergy assembled on January 26, 1821 at the critical meeting in Vostitsa (now Aigion) to discuss the revolution start which had been discussed to be March 25 to coincide with the Orthodox commemoration day of the Annunciation of the Theotokos.

At that meeting (and before) the statement was made by Papaflessas and other Filiki Etairia members that the Russians were going to support the revolution and send forces to which the Hellenic leaders and senior clergy feeling nervous about starting the revolution voted to send emissaries to Russia to verify the Russians “were” coming before the revolution was declared.

Basically that’s what happened with the revolution starting as a people’s uprising with early outbreaks in Ilia and the Kalavrita prior to the Battle of Kalamata.

In terms of the raising of the banner on March 25th by Metropolitan Germanos at the Monastery of Ayia Lavra to start the revolution that never actually happened.