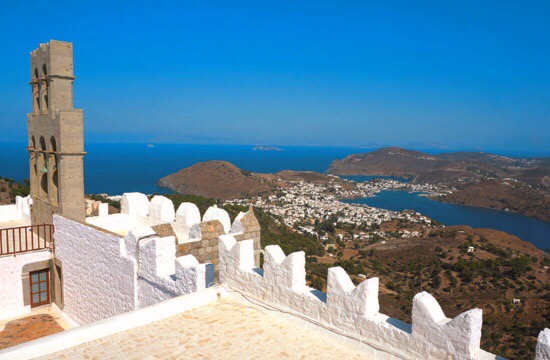 The Greek island Patmos is the sacred place, where Saint John the Theologian was exiled and wrote the “Apocalypse”

For the first time, the Greek island of Patmos in Dodecanese, Greece will a host a high-level sporting event entitled “Patmos Revelation” from June 30 to July 2 aiming to highlight Patmos as a sports tourism destination.

The event #patmosrevelation will be organized by the Municipality of Patmos in cooperation with Active Media Group and feature Greek Olympic and world champions, youngsters and adults, professional and amateur athletes who will compete in running and open water swimming races.

According to an announcement by the organizers “the aim of the event is for sports tourism to be promoted as an alternative choice to visitors, who will get acquainted with a different and unprecedented experience, while enjoying the mystical atmosphere of the island.”

“The reason we chose to bring sports tourism to Patmos is because we want to showcase the beauties of our island by attracting people of all ages, while offering fun and hospitality,” noted the Mayor of Patmos, Grigoris Stoikos.

More information is to be announced in the next weeks on the registration process and the program of the activities.

The Greek island Patmos is the sacred place, where Saint John the Theologian was exiled and wrote the “Apocalypse”, the ultimate prophetic book in the Bible.

It is a popular pilgrimage site, as every year thousands of tourists visit the Monastery and the Cave of the Apocalypse – both declared World Heritage Sites by UNESCO.