The portrait was painted with household gloss. 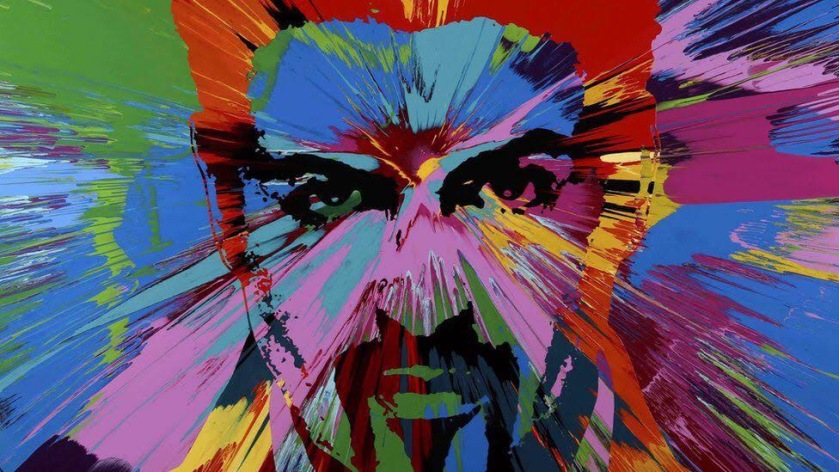 A portrait of the late George Michael by artist Damien Hirst has sold for just under half a million pounds at a charity auction.

The money raised from the sale of Beautiful Beautiful George Michael Love Painting will go to HIV/Aids charity The Goss-Michael Foundation.

The charity was founded by Michael and his former partner Kenny Goss.

He described Damien Hirst as a “superstar”, adding: “Thank you Damien!”

The canvas went under the hammer in Dallas, Texas, at the MTV Re:define charity gala.

Michael, who enjoyed a lucrative pop career as one half of duo Wham before embarking on a successful solo career, died on Christmas Day last year at the age of 53.