The Australian beach house that George Michael called home after the legendary singer bought it for $5.8M during his final tour of the nation.

It’s understood Michael bought his own beachfront mansion in Sydney’s ritzy far-northern beaches after falling in love with the city while on his last ever Australian tour in 2010.

Michael had reportedly only planned to spend a few days in Sydney after the tour, but ended up enjoying the city’s relaxed lifestyle and buzzing nightlife so much that he stayed for several months.

The home, which he picked up for $5.8 million, is available for rent at the price of $3928 a night with a minimum stay of seven days. 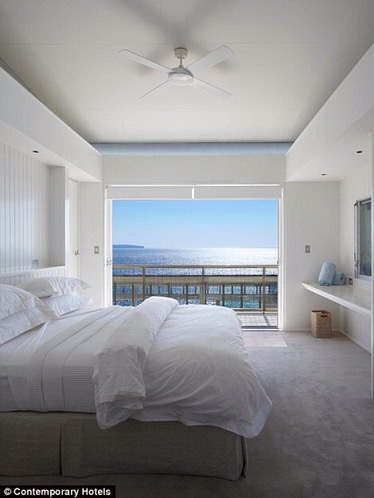 Michael is believed to have bought the Palm beach mansion during his extended stay following his 2010 tour.

The tour saw him rake in almost $15 million after sellout shows in Sydney, Melbourne and Perth.

He was booked in to perform further shows across Australia in 2012 for his ‘Symphonica’ Tour, but later cancelled them as he dealt with recovery from a nearly-fatal bout of pneumonia in late 2011.

The property is featured on the Contemporary Hotels website, and has no exclusion period listed – indicating Michael likely wasn’t planning on returning any time soon.

An expansive deck wraps around the middle level of the three-story home, perched on the cliff tops near Whale Beach.

An infinity lap pool and alfresco tiled dining area, along with four king-size bedrooms all fitted with ensuites.